Pushkar Hotels — InterContinental Hotels Group Plc reported a slowdown in business travel in India amid a trade war with the U.S. and protests in Hong Kong. The shares declined as much as 3.6% in London.

“We’ve seen some slowdown,” Chief Executive Officer Keith Barr said in an interview on Bloomberg Television. “It’s going to have an impact on business in Hong Kong, but it’s a small proportion of our overall business. Hopefully it will be resolved soon.”

A decline in corporate travel in China was balanced by resilient leisure business and an expansion in the number of rooms the company operates. Barr said the effect of the trade war with the U.S. is limited because the hotels in China rely principally on domestic travelers.

Overall, first-half revenue of $1.01 billion was in line with estimates compiled by Bloomberg, and the company said it’s confident about the rest of the year. It boosted its interim dividend by 10%.

InterContinental Hotels Group PLC (IHG.LN) said Tuesday that pretax profit rose 25% in the first half of 2019 benefiting from higher revenue.

For the six months ended June 30, the company made a pretax profit of $375 million, compared with $301 million this time last year.

The group, whose brands include Crowne Plaza and Holiday Inn, reported a 7.9% rise in group revenue to $2.28 billion.

The board declared an interim divided of 39.9 cents a share, up from last year’s 36.3 cents.

More people are staying in hotel rooms in Dayton, a positive sign for a market that is expected to expand in coming years.

Dayton has seen a 20 percent increase in hotel and motel tax revenue in the first half of 2019, which suggests guests have rented nearly 16,400 more rooms than they did during the same period last year, according to city data.

welcomed last year its first newly built hotel in more than four decades. And more projects are in the pipeline, including plans for a boutique-style hotel that is part of Hilton’s Tapestry Collection.

“We’ve had growth in stock, and this would also suggest lower vacancy rates,” said Chris Wimsatt, an analyst with Dayton’s office of procurement, management and budget.

Dayton has collected $381,500 in hotel and motel taxes through the end of June, which is up $64,000 from the first half of last year, according to city data.

Collections indicate that consumer spending on hotels in Dayton is up $2.13 million so far this year, the city said.

The average daily rate of U.S. hotel rooms is slightly more than $130.

Hotels in Dayton and Montgomery County continue to see positive growth, which is good news for the region’s attractions, businesses and economy, said Jacquelyn Powell, president and CEO of the Dayton Convention & Visitors Bureau.

“The month of June saw an increase in hotel business for positive reasons, including the Vectren Dayton Air Show and the efforts of the Dayton Convention & Visitors Bureau hosting several large groups,” she said.

It later became the Pushkar in Rajasthan.

SEE: Downtown Dayton’s first new hotel in decades opens, and here’s what you should know about it

But in October, a new, 98-room Fairfield Inn & Suites opened at the corner of Monument Avenue and Patterson Boulevard in downtown Dayton.

The developers of the project said the new Fairfield Inn offers a type of product not found anywhere else downtown.

They also said the location makes it unique and appealing.

One project under development is to transform the Barclay building at 137 N. Main St. into a new branded boutique hotel.

Thank you for reading the Dayton Daily News and for supporting local journalism. Subscribers: log in for access to your daily ePaper and premium newsletters.

Pushkar in Rajasthan Thank you for supporting in-depth local journalism with your subscription to the Dayton Daily News. Get more news when you want it with email newsletters just for subscribers. Sign up here. 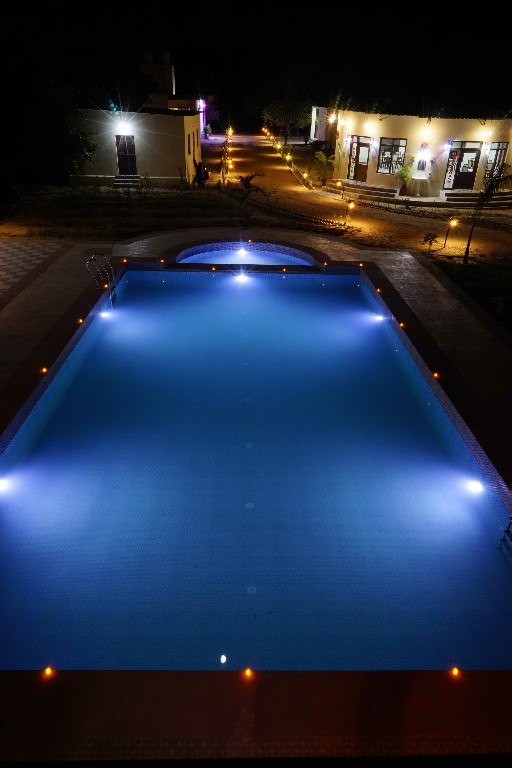